How to Keep Your Boss from Driving You Crazy

The boss yelled at you today and it made you angry. Why did he do it?
If your boss really had accused you of something that was false, of course you need to speak up. But why did it make you angry?
If your boss has a personality disorder, or is out to get you for other reasons, you may need to cultivate beliefs that help you to conquer anxiety and perform at your best.

You might also need to replace beliefs which lead to exaggerated feelings of self-importance, self-blame, or self-pity.

Self-Importance:
Self-Blame:
Self-Pity:
Also, both you and your boss might be in the habit of seeing things in ways which make them look worse than they actually are. Trying to see both sides may lead to a better understanding. Cutting your boss some slack can also leave the door open for an apology. And, if your boss really is out to get you, at least it may give you some time to look for another job.

The most important thing, however, is that you are in control of your own emotional reactions, and these come from your own beliefs and values. This is the secret to something you can change -- although it may occasionally require the services of a trained psychologist, counselor, or social worker in order to help you to complete the process. 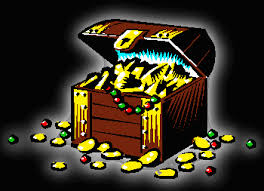